A Wizard of Earthsea

Edit
watch 01:36
We're Getting Mutants in the MCU - The Loop
Do you like this video?
Play Sound

A Wizard of Earthsea

A Wizard of Earthsea is the first book in the Earthsea series.

someone changing this page into nonsense. please be warned.

Chapter 1: Warriors in the Mist[]

Duny is born on Gont Island and lives in Ten Alders and hates working with his dad, who is a blacksmith. He would much rather wander and explore. One day, Duny’s aunt sees him calling goats to him with magic and decides to teach him because she sees how much power he has. She teaches him all she knows, but keeps the dark magic away from Duny. Duny is soon called Sparrowhawk because he is always seen with birds (he can call animals to him). Sparrowhawk learns extra magic from weathermakers and is able to cast a fog spell over the town and help defeat the Karg raiders. As a result of the magic, Sparrowhawk goes into a trance because he spent all of his power. Ogion the Silent, a powerful magician, comes and heals Sparrowhawk. On Sparrowhawk’s 13th birthday, Ogion gives him his true name: Ged. Ged becomes Ogion’s apprentice.

Ged finds that life with Ogion in Re Albi (meaning “Falcon’s Nest”) is quite dull because he is not being taught magic as quickly as he had expected. Instead, Ged learns the runes of the Hardic language and gathers herbs in the spring as an apprentice. One day, Ged meets the daughter of the lord of Re Albi. She teases him about not knowing real magic and tricks him into summoning the dead. Ogion arrives in time to banish the shadow monster Ged creates, and notes that the girl is actually the daughter of an enchantress and may not be good. Ged learns a lesson: "This sorcery is not a game we play for pleasure or for praise. Think of this: that every word, every act of our Art is said and is done either for good, or for evil." (pg. 48) Before you speak or do you must know the price that is to pay!. Ged decides to go to wizard school on Roke Island. On the way there, he takes the ship named Shadow, gets to see new islands, and experiences his first storm at sea. Ged arrives at Roke Island.

Chapter 3: The School for Wizards[]

Ged arrives in the town of Thwil and heads to the Wizard School where he meets the Archmage Nemmerle, Warder of Roke, whose pet raven from Osskil wanders in and speaks, "Terrenon ussbuk orrek!", which is foreshadowing to the events in Chapter 6. Ged then meets Jasper, who becomes Ged's despised rival. Later Ged meets Vetch, another student, to whom he takes a liking to, and they become good friends. Ged proves to be a natural born mage, excelling at all he does and surpassing other students, which boosts Ged's pride and spites Jasper. Ged learns of the Balance, and how magic should not be taken lightly - as it is either done for good or for evil. Ged then heads to the Isolate Tower, to study for a year under the Master Namer, Kurrenkarmerruk, to learn the true names of things in the Hardic tongue of Earthsea, or the Old Speech. There he meets and befriends Otak, a small creature and his pet-to-be. Ged returned to the school, and while he was still a prentice, he learned that Vetch and Jasper were made sorcerers.

Chapter 4: The Loosing of the Shadow[]

During the festival of Moon's Night and the Long Dance, Ged and Vetch were celebrating with the rest of the Archipelago and the Reaches, when suddenly friction arose between Jasper and Ged. Ged was challenged by Jasper to bring a spirit from the dead. Ged accepted, having had read about Summoning the Dead before (Chapter 2). Too proud to know when to stop, Ged brought his own undoing and summoned a dark evil shadow that attacked him, trying to possess him. Master Nemmerle saved Ged and deterred the shadow from Roke, but using all his power, Master Nemmerle died soon after. Ged was bedridden for a month, and when he came about, his face bore a scar from the shadow's attack, and his shame never left him. And he was changed. He no longer sought attention and began doubting his own power. Safe in Roke from the Shadow he unleashed upon the world, Ged remained to continue his wizardry training and only left once he became a Mage and received his own Wizard staff, to serve as a wizard in the township of Low Torning.

Chapter 5: The Dragon of Pendor[]

Ged was sent to Low Torning to protect its people from the dragons that roamed the near island of Pendor. He lived in a small shack, and spent most of his days alone and in fear of the Shadow. As days passed, he made a new friend, Pechvarry, a father to his small son Ioeth. One day Ioeth fell sick to fever, and trying to heal the dying child, Ged sent his own spirit after the child's to call him back from the world of the dead, but he ventured too far and was trapped. Trying to return to the world of the living, Ged was faced by his shadow, the same Shadow he unleashed upon the world. Ged barely made it back alive. Realizing that the shadow now knows his whereabouts, Ged was pressed to move for he cannot stay still, else the shadow will find and possess him. To leave Low Torning, Ged had to rid the town of the dragons, and so to Pendor he sailed, where the nine dragons hid. He killed five and fatally wounded one when finally the Dragon of Pendor appeared. Ged told the dragon he will leave him be should he promise to not harm Low Torning, for Ged knew the true name of the Dragon of Pendor and used this as leverage against him. The dragon offered to tell Ged the true name of the Shadow that follows him in exchange. Tempted but knowing better than to trust a cunning dragon, Ged refused the offer. Grudgingly, the Dragon of Pendor, strong and mighty but weak against an enemy who knows its name, swore by his name to not bring harm to the town.

Free to leave Low Torning, Ged fled from one port to the next, never stopping, trying desperately to evade his shadow. Yet no matter how far he escaped, he could never out run his shadow, who was always close - watching and waiting. Then one day, when Ged was in Osskil, the Shadow possessed another man, turning into a gebbeth, and through him tried to attack Ged. The Shadow called Ged by his true name, stripping Ged of his magic. Desperate and mortally afraid, Ged ran and ran but the Shadow was always behind him. Out of breath, Ged suddenly saw a door of light in the middle of no where. Not knowing what it is or where it will take him, Ged leaped through the gateway and lost consciousness.

When Ged woke up, he found himself lying on a luxurious bed. The mistress of the palace of Terrenon greeted him, telling him he was safe now from whatever followed him. She was Serret, the wife of lord of Terr

Ged met Vetch in Iffish, and the two decided to sail together in a final search of the Shadow, to bring an end to the chase and face the danger heads on. 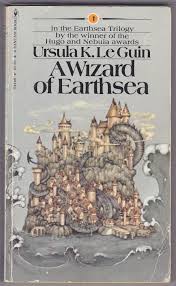 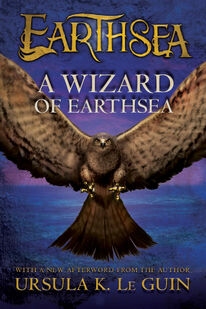 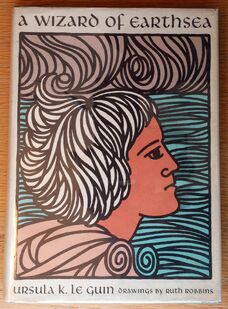 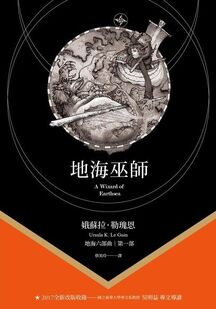